Yet another gift of Native and Celtic spirituality is their unashamed welcome of some kind of "original blessing" instead of starting with a problem like "original sin." Pelagius (354-418), one of the early Christian Celtic writers, opposed the doctrine of original sin coined by his contemporary Augustine. Pelagius saw that beginning with the negative--original sin--would damage rather than aid spiritual development. Beginning with the positive instead of a problem is the healthiest and most hopeful way to find wholeness. The Celts saw creation as good and as a theophany or revelation of God's very being just as Genesis had taught.

Philip Newell writes: "Eriugena, the ninth-century Irish teacher, says that if goodness were extracted from the universe, all things would cease to exist. For goodness is not simply a feature of life; it is the very essence of life. Goodness gives rise to being, just as evil leads to nonbeing or to a destruction and denial of life's sacredness." [1] According to Newell, Pelagius "stressed not only the essential goodness of creation--and our capacity to glimpse what he called 'the shafts of divine light' that penetrate the thin veil dividing heaven and earth--but, very specifically, the essential goodness of humanity. Pelagius maintained that the image of God can be seen in every newborn child and that, although obscured by sin, it exists at the heart of every person, waiting to be released through the grace of God." [2]

Those who live in close proximity to the natural world seem to come to know the universe as benevolent much more easily, despite its inherent violence and changeability. This belief leads to very different values than when your whole worldview begins with a theological or moral problem to be solved.

Huston Smith describes "primal peoples" as "oriented to a single cosmos, which sustains them like a living womb. Because they assume that it exists to nurture them, they have no disposition to challenge it, defy it, refashion it, or escape from it. It is not a place of exile or pilgrimage, though pilgrimages take place within it. Its space is not homogenous; the home has a number of rooms, we might say, some of which are normally invisible. But together they constitute a single domicile. Primal peoples are concerned with the maintenance of personal, social, and cosmic harmony. But the overriding goal of salvation that dominates the historical religions is virtually absent from them." [3] They are not primarily concerned with salvation as a way to escape from a sinful world and go to heaven or the next world. "They make it clear that we humans are not here simply as transients waiting for a ticket to somewhere else. The Earth itself is Christos, is Buddha, is Allah, is Gaia." [4]

Genesis began with six clear statements of original blessing or inherent goodness (Genesis 1:10-31), and the words "original sin" are not in the New Testament. Yet the Church became so preoccupied with the fly in the ointment, the flaw in the beauty that we forgot and even missed out on any original blessing. We saw Jesus primarily as a problem-solver rather than as a revealer of the very heart and image of God (Colossians 1:15f). We must now rebuild on a foundation of original goodness, and not on a foundation of original curse or sin. We dug a pit so deep that most people and most theologies could not get back out of it. You must begin with yes. You cannot begin with no, or it is not a beginning at all. [5]
References:
[1] J. Philip Newell, Christ of the Celts: The Healing of Creation (Jossey-Bass: 2008), 40.
[2] Newell, Listening for the Heartbeat of God: A Celtic Spirituality (Paulist Press: 1997), 6.
[3] Huston Smith, The World's Religions: Our Great Wisdom Traditions (Harper Collins: 1986), 377.
[4] Elizabeth Roberts and Elias Amidon, Earth Prayers: 365 Prayers, Poems, and Invocations from Around the World (HarperOne: 191), xxi. 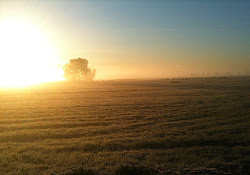